This is a play
By Daniel macivor 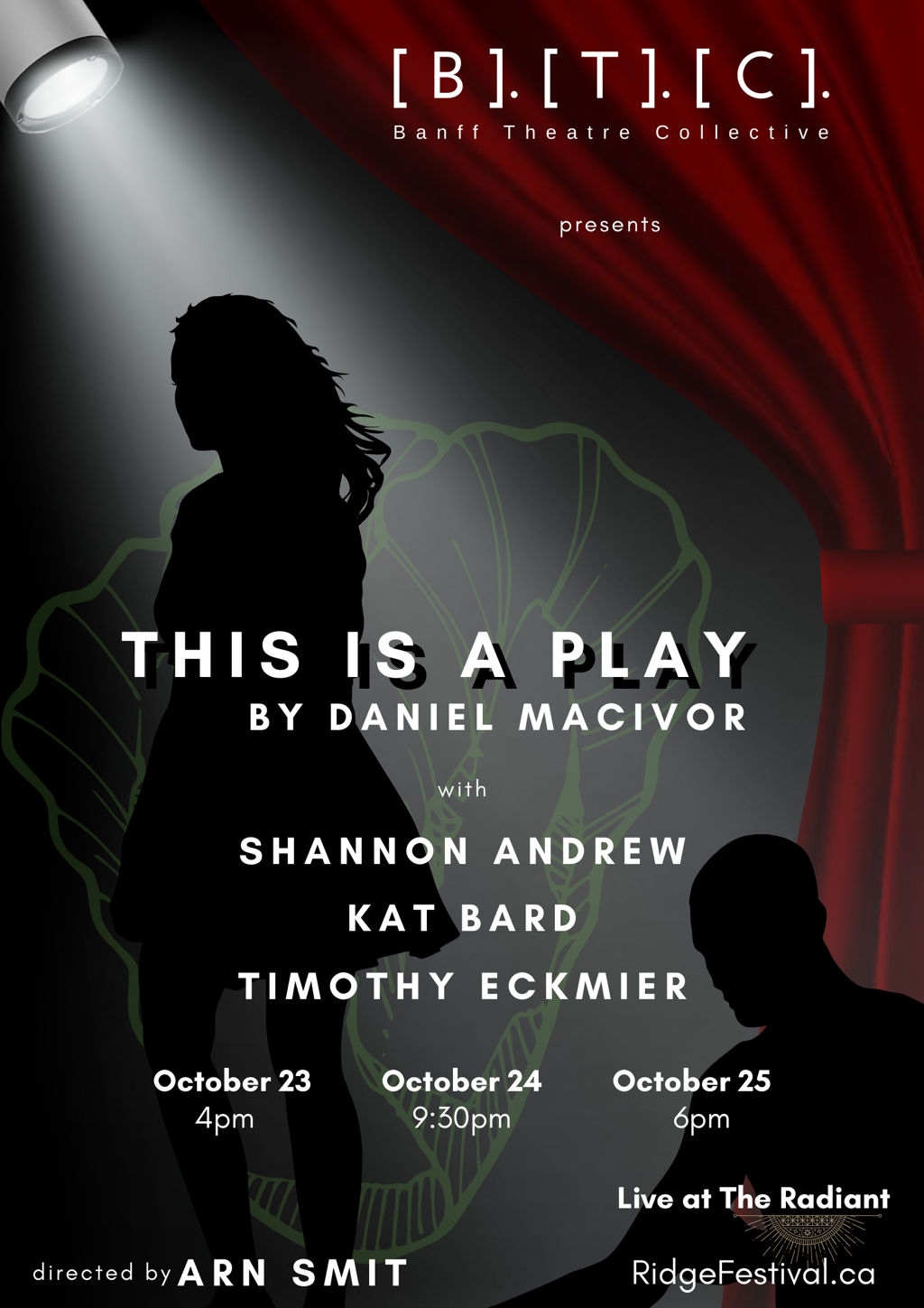 Featuring:
Shannon Andrew as Older Female Actor
Kat Bard as Leading Female Actor
Timothy Eckmier as Leading Male Actor
A hilarious parody of a play that illustrates the common blunders an actor often faces in the theatre business and how they suffer through for the sake of the show.
Schedule:
October 23 - Early Show (4pm)
October 24 - Late Show (9:30pm)
October 25 - Dinner Show (6pm)

This is a Play was first produced by Da Da Kamera and The Fringe of Toronto at the Bathurst Street Theatre in Toronto, in 1992.
This is a Play is staged by arrangement with Pam Winter, GGA, www.ggagency.ca.